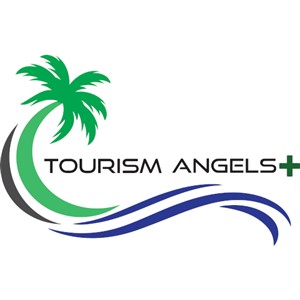 سه‌شنبه 01/3/31، (اخبار رسمی): In rhinoplasty, the use of techniques that maintain the normal appearance of the nose is more confident than fancy surgeries and has a lower risk.

In rhinoplasty, the use of techniques that maintain the normal appearance of the nose is more confident than fancy surgeries and has a lower risk

The best method of nose job

An action during which the surgeon uses plastic surgery techniques to change the appearance, shaving and beautification

It noses to improve its appearance and resolve its defects.

In rhinoplasty, the use of techniques that maintain the normal appearance of the nose is more confident than fancy surgeries and has a lower risk.

The quality, thickness of the skin and the angles of the nose play a significant role in determining the desired outcome of the nose surgery.

The doctor first analyzes the person's nose by examining the type, thickness of the skin, as well as the amount of deviation and angles of the nose, citing the color and standard photos before treatment.

In order to correct the nasal form due to changes in the condition of cartilage, nasal bone or fixing a variety of problems inside the nose and external problems such as severe hump of the nose, severe deviation and fracture of the nose.

In this method, the skin of the nose is cut from the middle blade of the nose and the skin is removed and after shaving and repairing the nose, the skin returns to its previous place.

All surgical procedures are performed from the internal wards and incisions inside the nose and through the nasal cavities.

In this method, the hump of the nose is removed, the nasal bone is corrected.

However, there are limitations for correcting the tip of the nose.

Surgeons prefer an open procedure due to better access and visibility to all parts of the nose.

Unpleasant appearance of the nose

Damage to the nose that causes respiratory problems and dissatisfaction appears

However, the surgeon considers that there are no respiratory problems after surgery.

1- Do not take aspirin 2 weeks before nose job surgery

5- Performing the tests and sonography requested by the doctor

Swelling and bruising around the eyes, nose and long headaches and nose bleeding is normal and it is better to use cold compresses around the nose and peeks for the first 24 hours after nose job surgery

Not using cigarettes until recovery

No heavy lifting and exercise for up to 2 months

If the nose has plaster, it should be opened by a doctor

Avoid any damage to the nose

The first days of sneezing or coughing are done with your mouth open and avoid finning and pressure to the nose.

1- Asymmetry of nostrils: occurs due to nasal swelling, which often resolves after deflation

2- Saddle forming of the nose: occurs due to excessive shaving of the nasal bone

4- Excessive narrowing of the tip of the nose: often done due to the person's request

5- Swine-shaped nose: The proper angle of the tip of the nose in women is 110 degrees and men are 90 degrees. If the surgeon does not pay attention to this standard, it will lead to this condition